On a recent cold, sunny day I headed out to Georgian Bay to take some photographs. I knew I had a good chance of getting images of ice formations glowing in the setting sun.

I put on my wide angle lens, positioned my tripod in front of an ice ledge along the shore which I could already tell was going to glow brighter and brighter as the sun went lower and lower.

I snapped a few shots but I was getting inpatient at the speed in which the sun was lowering itself to the horizon. I started looking around for something else to take photos of while I waited. That’s when I noticed a small cove of water next to me which had icy, slushy water being tossed around by the waves and lit by the setting sun.

I debated whether or not to take a few photos. I really didn’t want to move the camera or tripod because I had already spent time getting the right composition and freezing my fingers while adjusting my camera’s settings. But I also knew I might be missing out on something unique if I didn’t try to take at least a few photos of the icy water.

I made my decision and quickly swapped my wide lens for my long lens, repositioned the tripod and took aim at the moving slush in front of me. I took five photos then switched back to my wide angle for sunset.

I only liked one of the photos (above) from that evening. However, that was enough to know that I wanted to shoot this water/ice feature again.

The effect of the waves made the ice look like streaks of light going into a tunnel or up and down perfectly contoured hills. I knew it had potential.

A few days later when the conditions were right I headed back out. Below is a collection of some of my favourite images I made from that day. 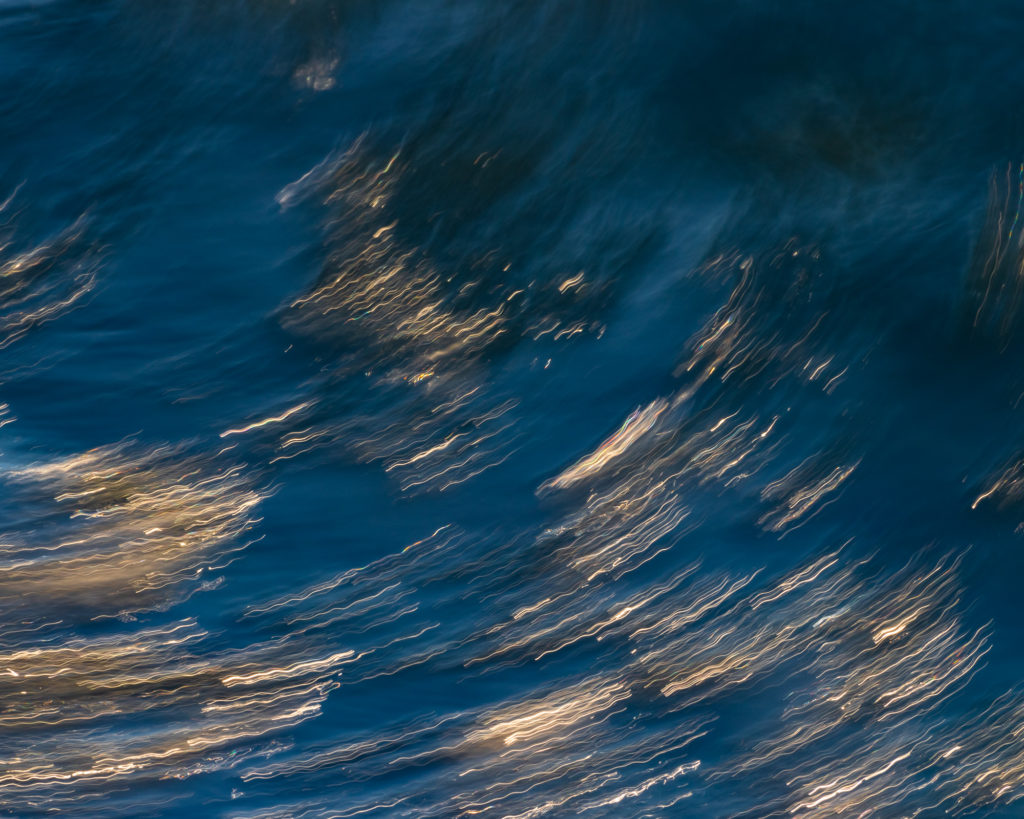 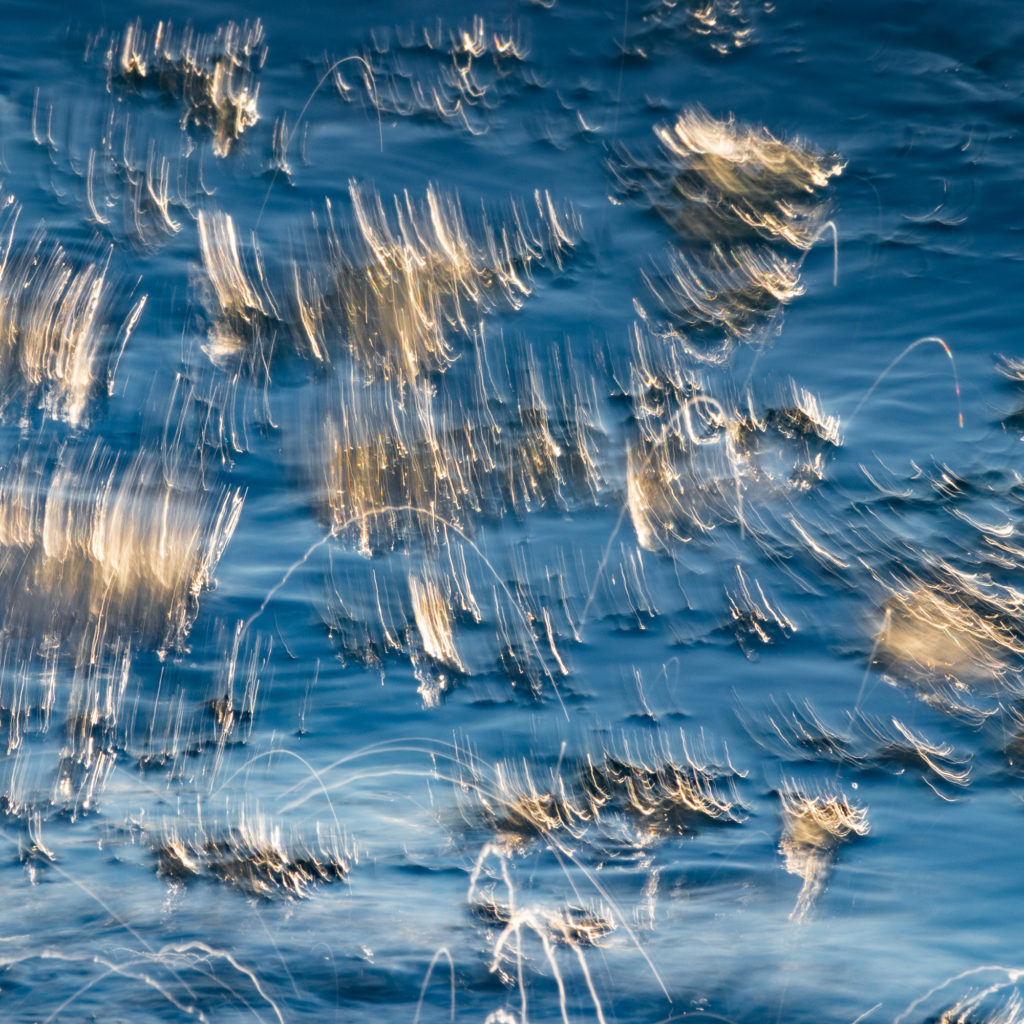 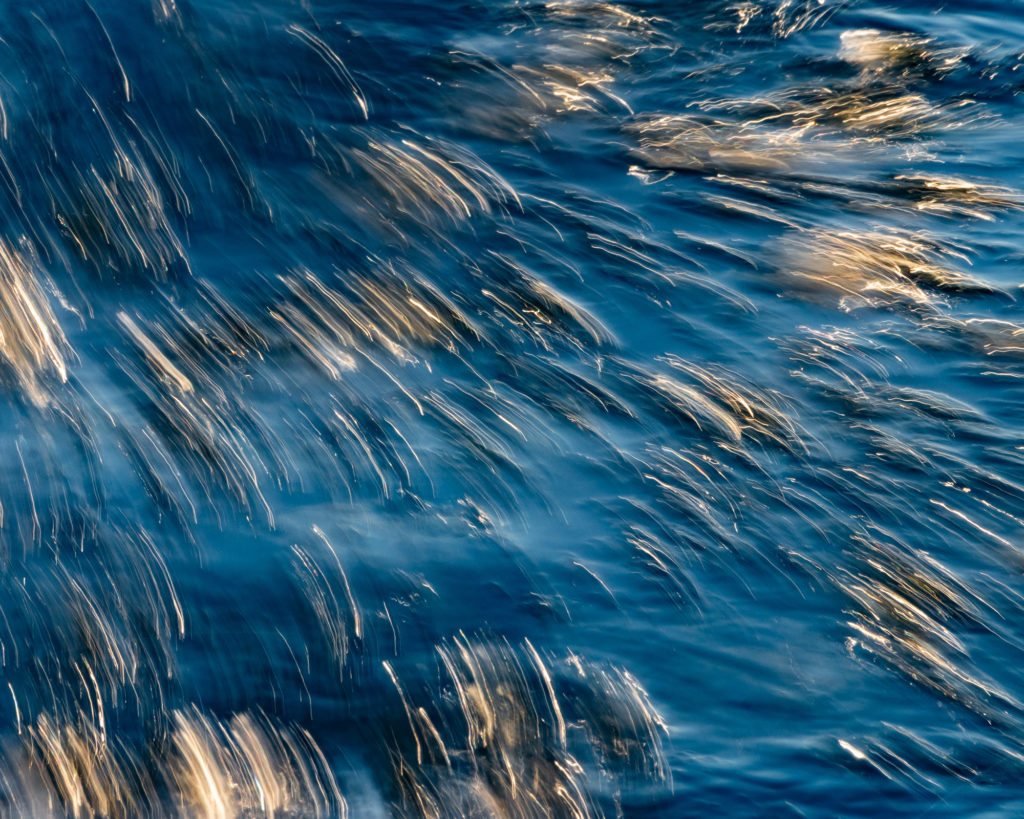 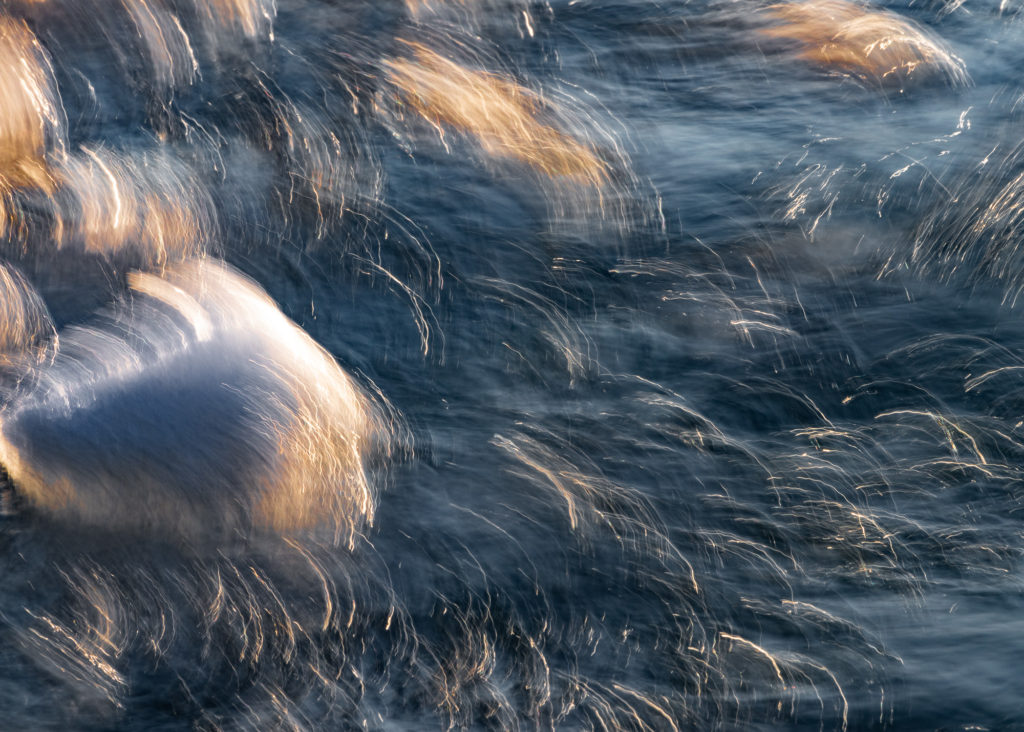 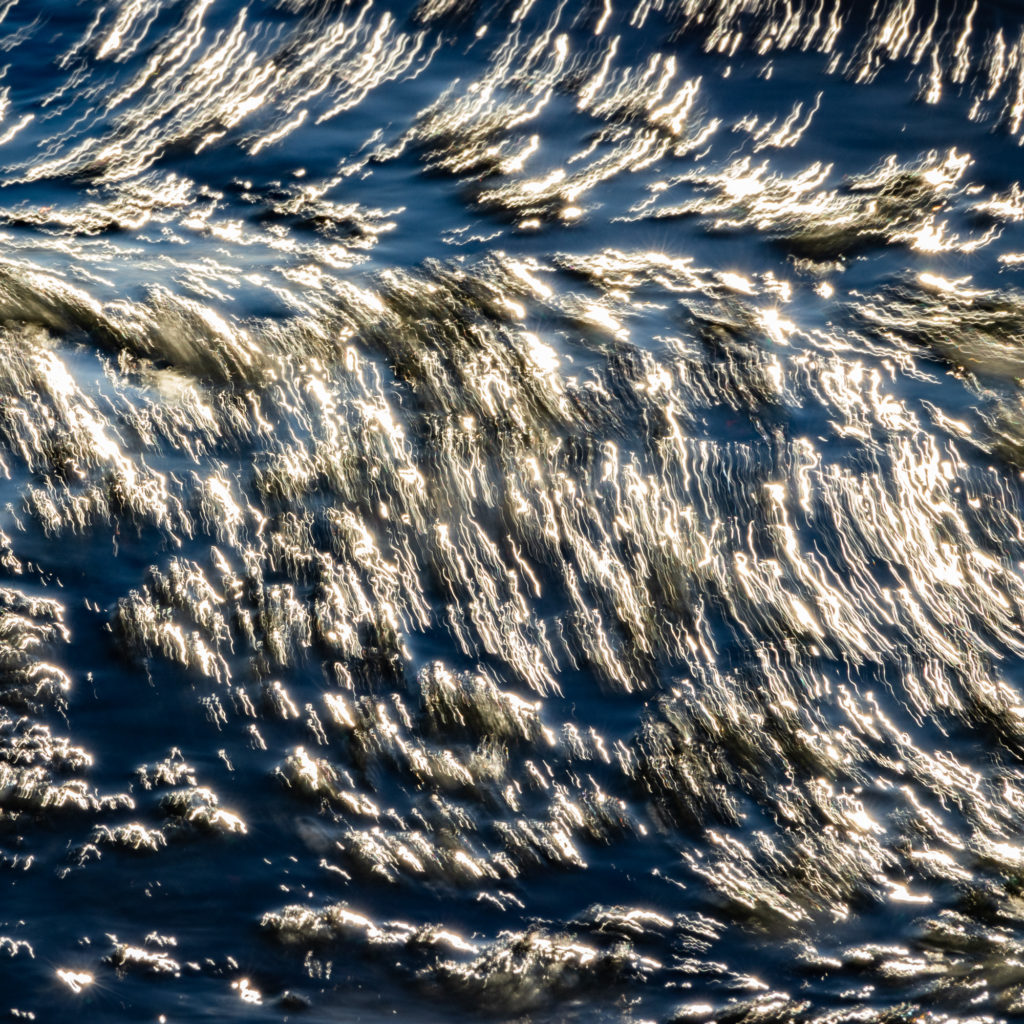 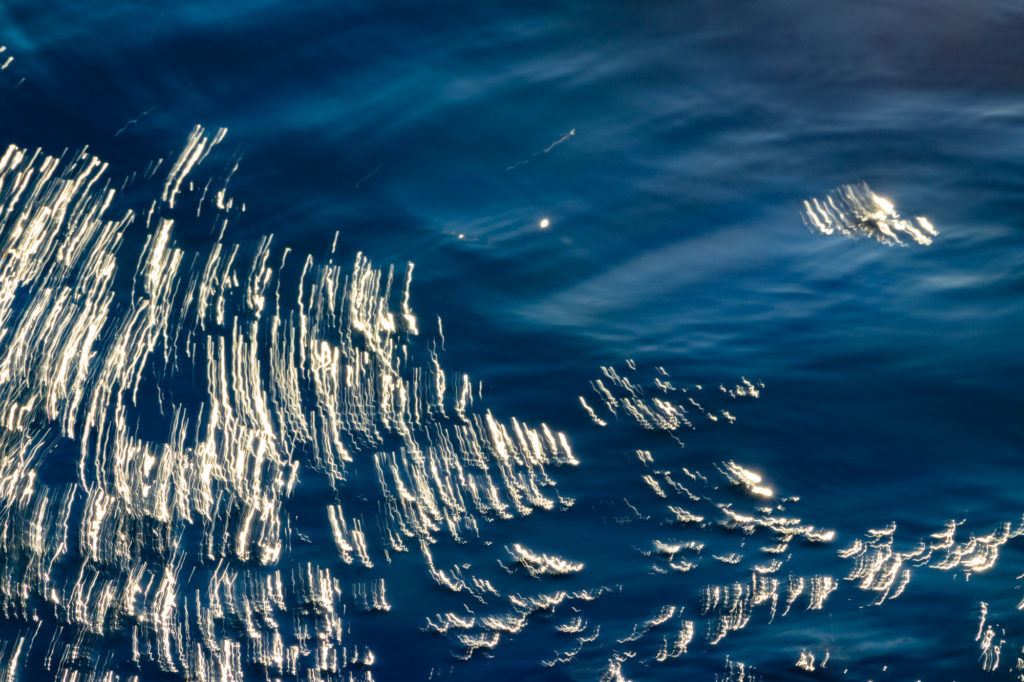 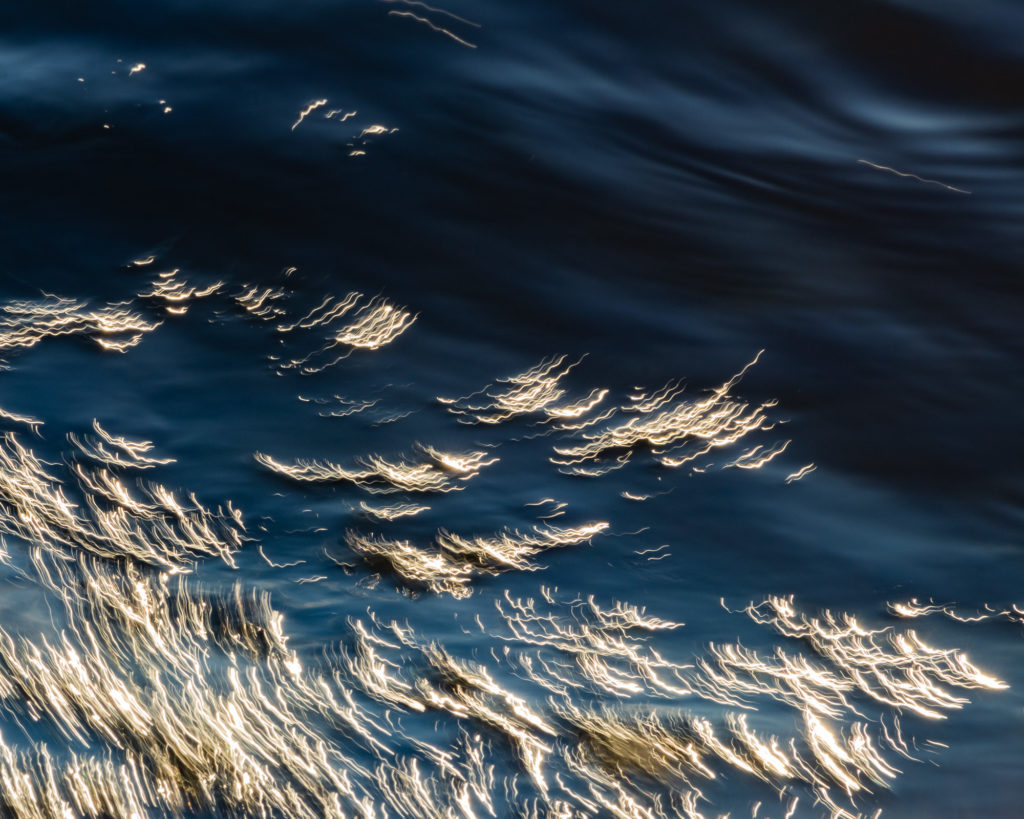 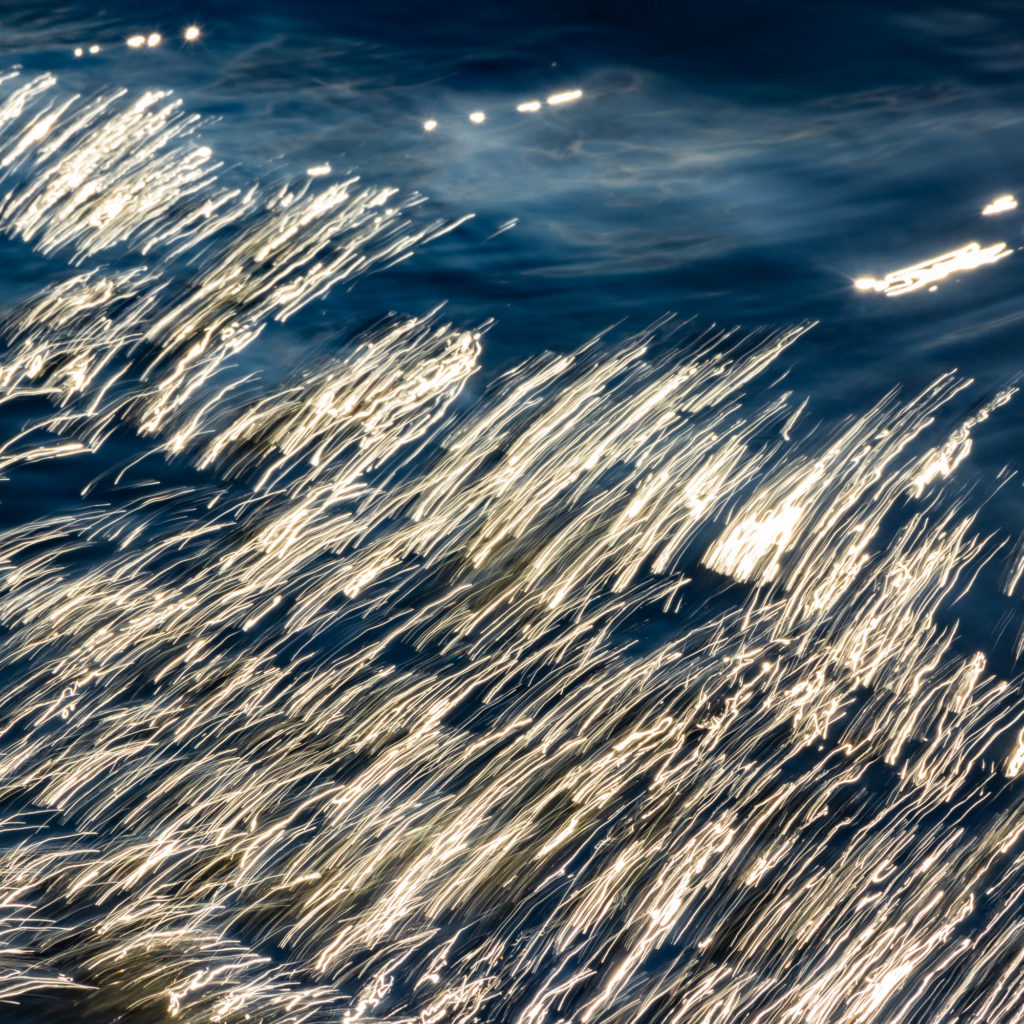 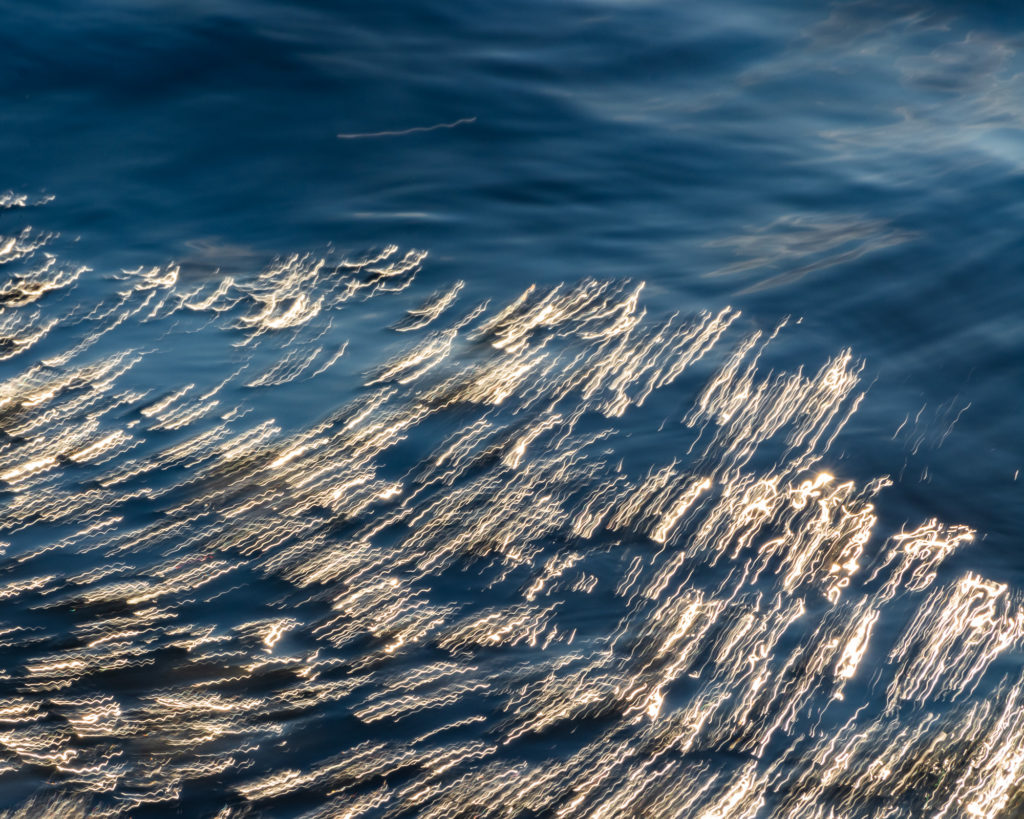 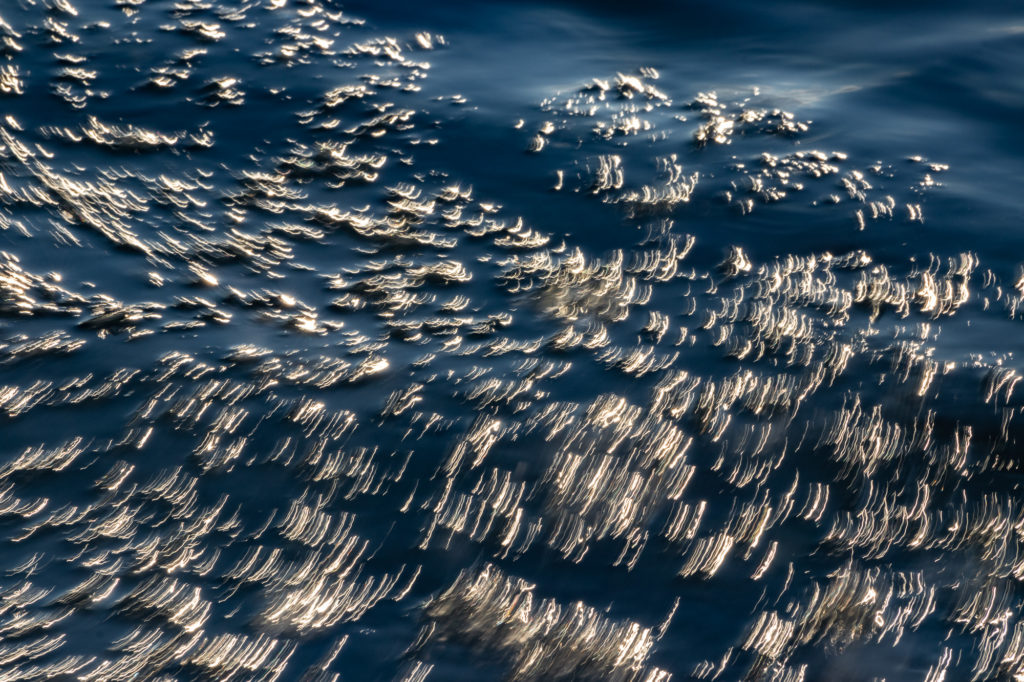 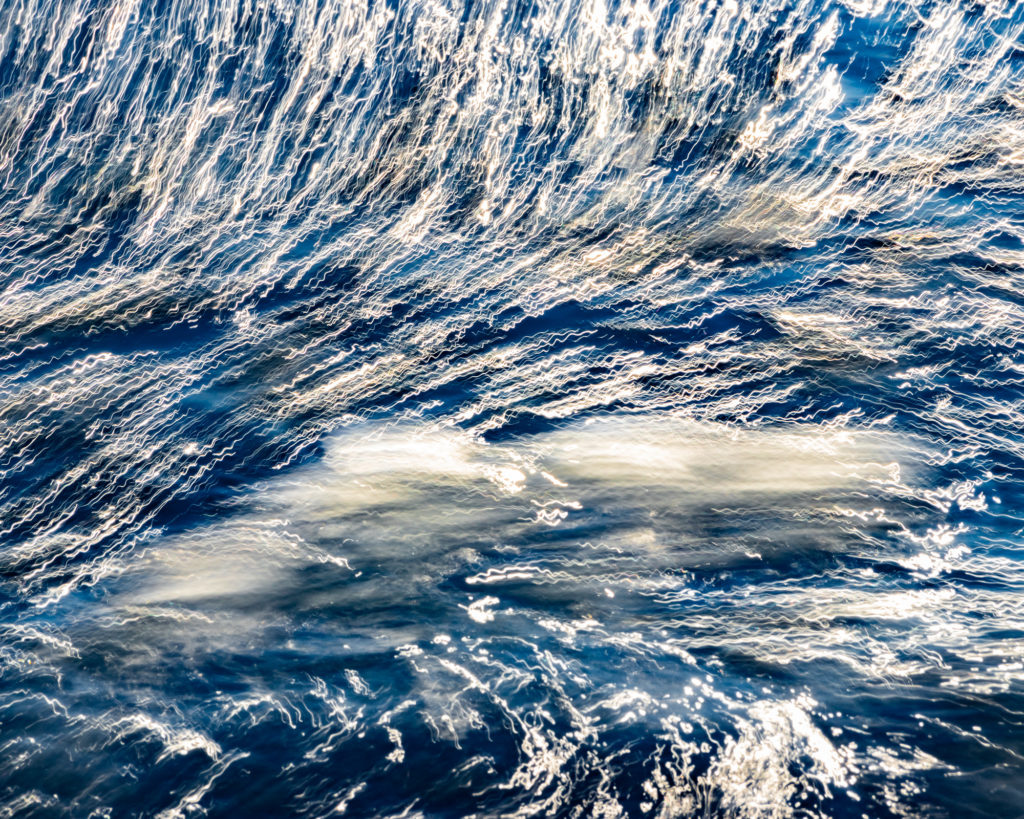 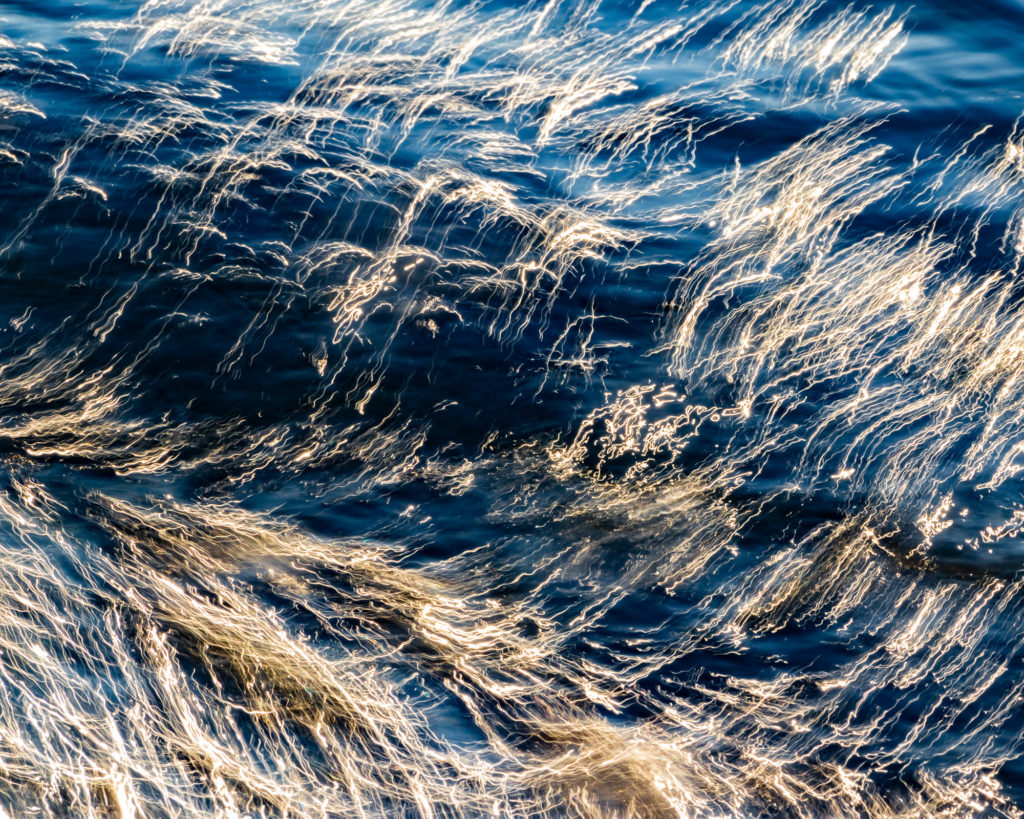 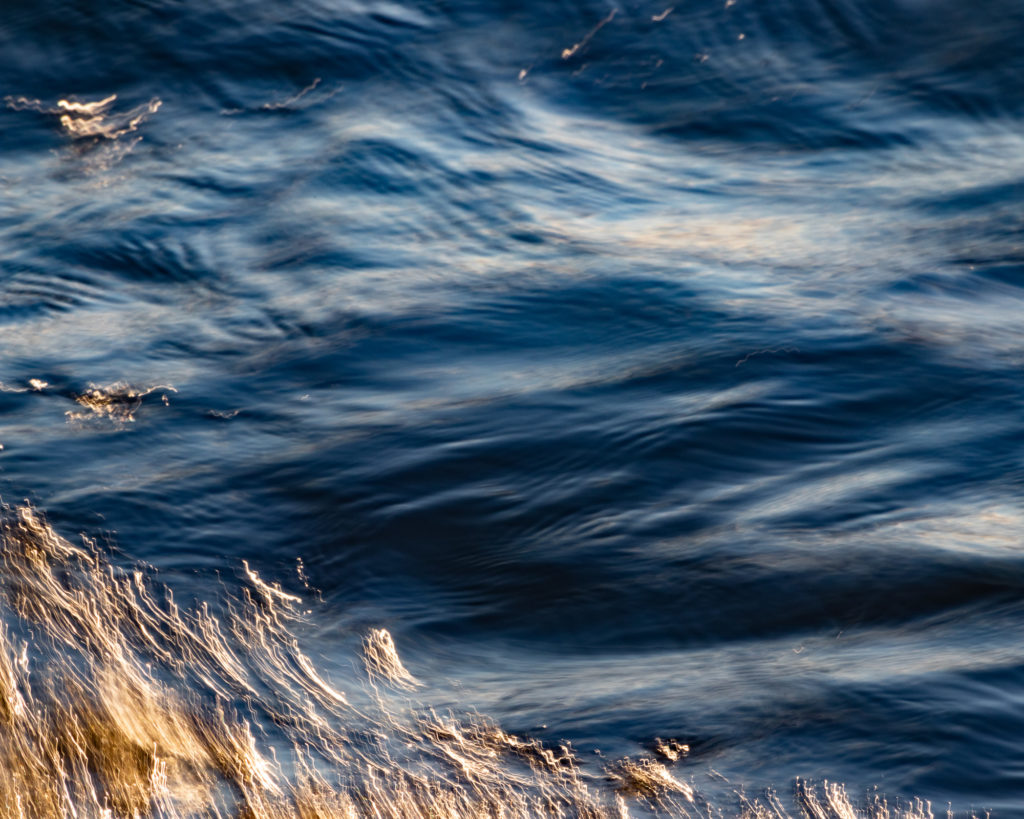 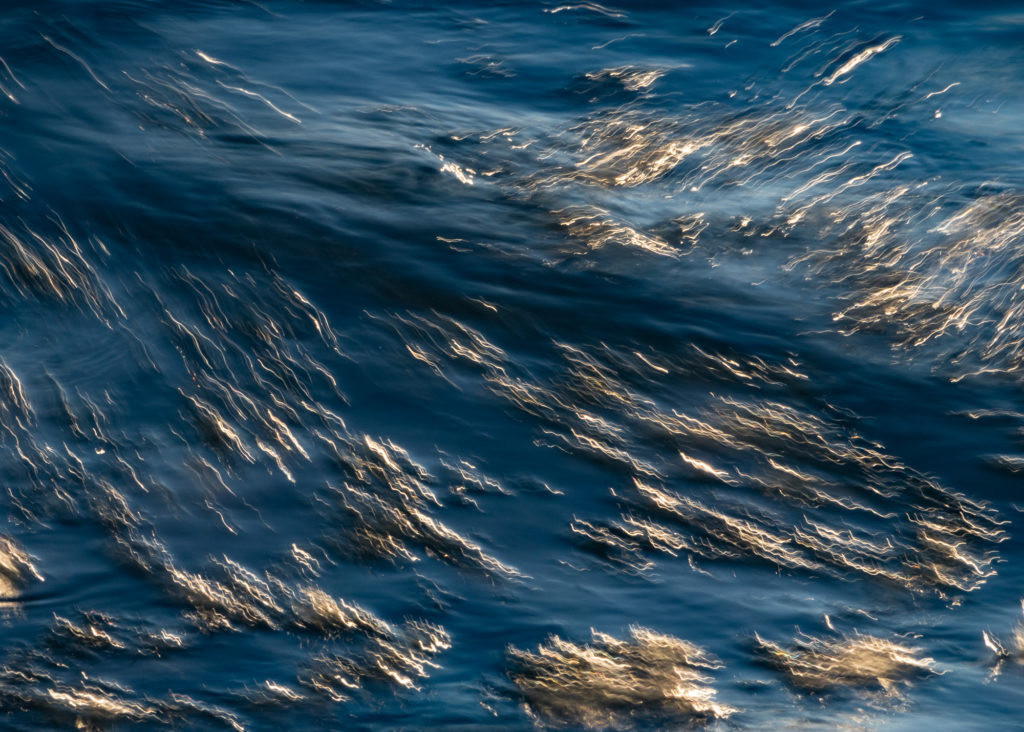 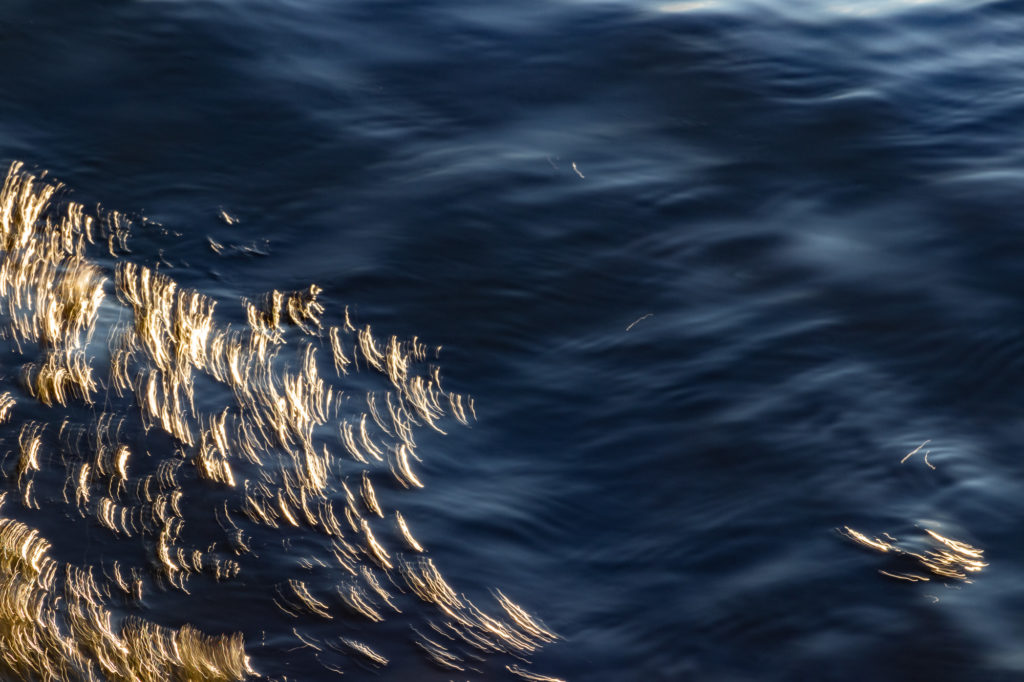 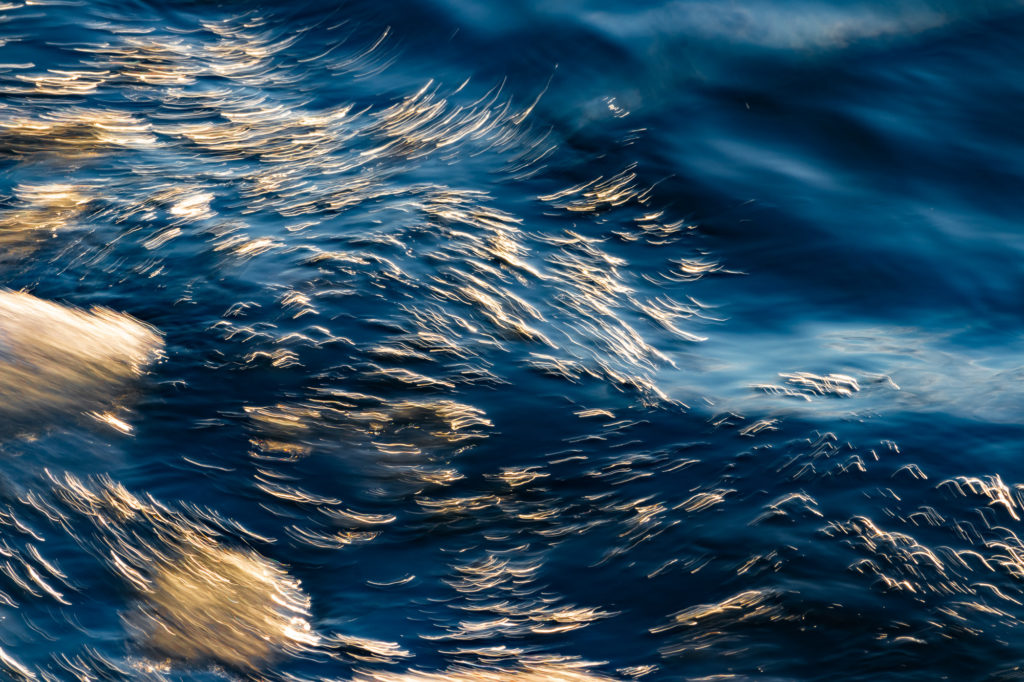 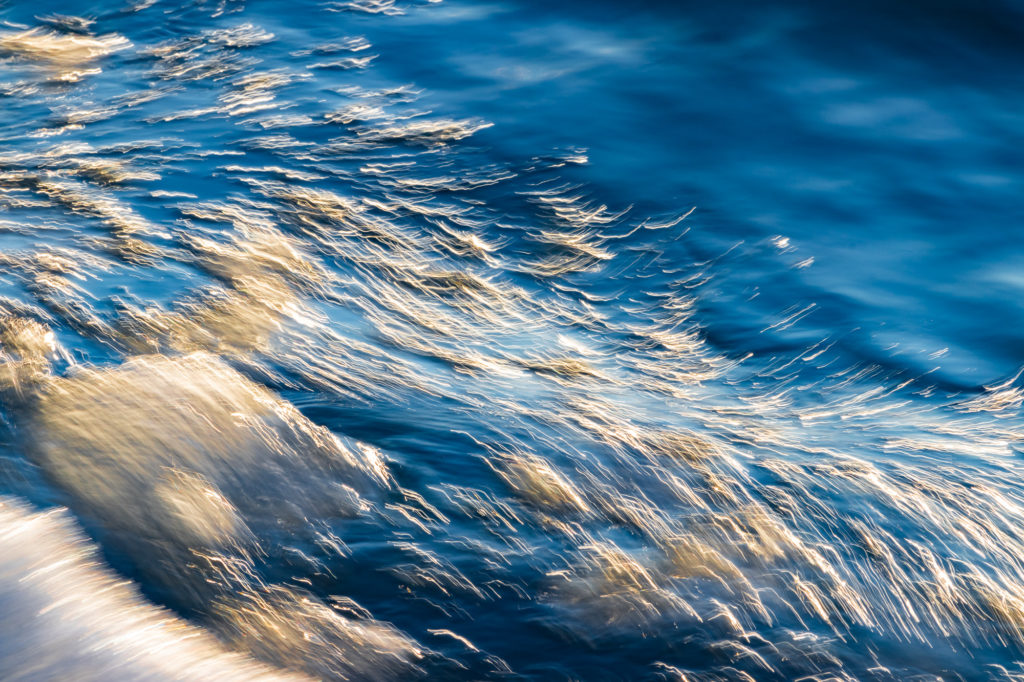